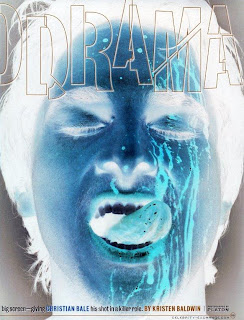 Soundtrack to this post: Little Things
Faithful readers can likely surmise why this new blog has been fashioned. Perhaps it proves fitting. The time had come to molt, to change, to find a new home for this rolling stone.

Weekend Review:
Posted up @ a local haunt fashioned as an Irish pub. A number of friends work @ the establishment. I got a quick text from my wingman working the door: my ex was was coming into the bar. I felt her eyes rove over me as I continued chatting with the Estonian girl to my right. Such are the wages of my life.

I got up to talk to a friend and returned to find two Indian girls, one of whom was sitting my seat. She asked if she'd taken my seat, ostensibly and correctly assuming my hat and beer in front of my seat were my belongings. I said that it was in fact, "my seat," but told her not to worry about it. I had grown weary of standing and the night air beckoned.

The words of the conversation regarding my seat were brief, but the subtext was interesting for such a quick exchange:
Brown girl 1: Oh, is this your seat?
Me: Yeah. But don't worry about it (said with an almost weary, definitively dismissive air like someone irritated by the continued petulance of a small child).

Her brow almost instantly furrowed. She was confused. I did not follow the script she lives by and enjoys on a nearly daily basis. She has only one game she knows how to play, and she's not even cute at that type of game. Indian girls enjoy a nearly full-time tolerance for most of their shit tests. The vast majority of Indian guys that even bother to go out/college age spend their time buying drinks, dinners, and according to legend some even get blowjobs or have sex that the girl will likely never admit to. She wasn't sure how to respond. She could only turn to her friend and whisper something in Hindi. It lacked the sing song quality of Gujurati, so I can only assume it was Hindi. At any rate, I did my best to suppress my smile and turned back to conversation with the Estonian girl. Turns out she'd been at a soiree I'd thrown back during the summer in honor of ******.

I ejected from the bar as I was on my own personal bar crawl. To drink, perhance to escape.....

I found my way to another bar where a friend bartends. I glanced up from my import beer and saw an ex from more than a year ago. She had long, dark hair, full, red lips, an incredible ass, and large fake tits. Not my type per se, but a bad, bad, very educated professional woman.
A bit of backstory to my time with her: She's also a good bit older than myself and one that wherever-the-fuck we went, guys stared her down. Every-fucking-where. However, she felt her years of experience meant she should be telling me how I "should" (fucking hate that word) be living my life and handling my personal affairs. I went out one night got drunk, passed out in the backseat of my car (ah, the good ole days of a year ago), woke up and had something in the neighborhood of 5 missed calls from her....she went so far as to have her **** call me. Pack your bags, we're going on a guilt trip! Hooray!

Anyhow, back to this weekend: I glanced down the bar, and eyes fell upon her. Keep in mind, this is a woman that guys fall all over: everywhere. I had done my vaunted, no call back, no text, literal disappearing act which I have been known to pull from occasional time to time.
She simply smiled, nodded my way, raised her beer to me in mock toast, and I smiled, then went back to chatting with my bartender buddy. Eventually, a friend of hers (who I had run into months earlier with another ex of mine) came by and spoke to me for a bit. Then the dark-haired woman made her way over. She asked how I'd been. It was the chit chat bullshit one might expect in such circumstances. She invited me to a different club to which they were heading. I was just hitting my stride of weariness, having not been out much for boozing like my old schedule. I did something I normally wouldn't: I hailed a cab and headed into the night to meet her at the 2nd bar. She was busy hanging out with the guy who owns several big name clubs/bars in the downtown area. Like the vagabond, like the young lion on the African plain, I was undeterred. I was going to prove something to myself once and for all: money may a paper alpha make, but that only suffices in the absence of once such as myself.

I made my way into the bar, devil may care grin on my face, gait of the inebriated, yet fairly clear thinking.....ready to fucking rock and ready to fucking roll.
Within moments of entering, the friend was by my side, chatting me up. Her frosty exterior melted as it does when she has a drink or two. Moments later, the ex was by my side, holding my hand. The guy who owned the club glared me down as I swigged my beer. Fuck that club anyway, I haven't been in ages and I have no desire to return. The girls walked outside, and told me to ride home with them. The man and his club(s) and his money stood in ashes cast about in the wind trailing in my wake.

At any rate, the cab ride home was spent with one girl passed out, the other puking her guts out the window. Hilarity. Woke up, my ex pressed against me...painfully rode back to my car and stepped into the beginning of my day.
The brightness of the sun assailed my eyes. Another ex called but I hit ignore.

The shards of my past litter the ground beneath my feet. I headed to see my girlfriend and got ready to hit the gym.
-With Greatest Affection

Finally forthcoming.....the final installment to my trip out of town expose. I promise it has been worth the wait, dear readers. Mark my words.
Posted by John Smith at 7:56 AM