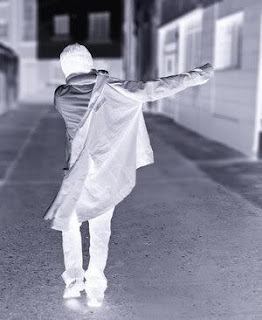 Recently spoke with an ex. She proved the last time I placed a girl on a pedestal: the last time I believed in and committed emotional investment to the ideal notion of woman (what folly, I know. But part of me remains eternally hopeful and romantic regarding the capricious nature of the incorrigible gender known as woman....but quitting would mean only the end of the game as we know it) . I will continue to do this in various capacities, like that errant hope for the hail Mary in the 4th quarter, or that the cavity in your back molar will go away...but tacitly and consciously you know such things are not to be and will not come to pass save for in Hollywood scripts. That does not mean, however, that one cannot fondly dawdle our minds over them from time to time with a wistful looks in our eyes.

Like with all girls, the truth came out in the end: We waited (read that: she made me wait) several months or so to have sex. She hadn't even been dating the first guy she'd been with her first time. Ah, what's that sound, you ask? Predictability in all it's smiting and emasculating glory.
In all truth, I had some relapses with an ex during this time period, had begun dating 2 other girls, and had a one night stand somewhere in there. But we can only be who and what we are.
--
Back to the recent present questioning on her part:
She asked, "Why?" "Why had [I] hurt [her]?"

Why did I hurt her? For so long I simply had no answer to this question. I had no answer due to the nature of the question. I had no answer for her or for her innumerable predecessors that had laid the same question at my feet. The same conversation had countless times on the edge of a bed, or a couch, or with a girl's arms wrapped around my chest. Sometimes a small, delicate fist hitting my chest, others a soft, petite hand lightly striking my face. It was a question and a conversation that proved as perpetually expected as it did repetitive.
I finally understand why.
She asked the impossible. The impossible, at least for one such as myself. She asked that I settle down. That I be faithful. She asked that I turn off the beast, that I disembark from the rollercoaster and no longer keep the dark passenger riding shotgun. She asked that I give up the red flags, the tempting fate, the deep and dark nights spent in the maelstrom and the brink.
-
"You can't pin it all on me,
The blame is mine to bear.
With all the things I've done to you,
We're far beyond repair.
But still sometimes I think of us,
And how things fell apart.
And how you knew from the first kiss
That I would break your heart."
-

She asked of me the impossible. She asked for the tiger to change its stripes, the leopard to eschew its spots, the pirate to give up the sea and his ship. Time has finally, in some small capacity, taken the edge off of my call for the wild, but the flare ups continue (see this past weekend). I am, as always, often little more than one drink away from a bender. I am as always, an instant (impulse) or a gust of wind from a bad decision and path.

In other humorous news. I ran into a favorite bartender girl of mine. She's smart, cute, the right amount of intolerance for jerkoffs, but predictably dating a guy she could do much better than. She bought me a beer and a shot within about 5 min's of walking in the bar on whatever random weeknight it was. This was in front of her boyfriend. His first bit of fidgeting began. Keep in mind: this bartender has seen me with more girls than I can count at her bar. I literally have trouble tabulating how many ex's of mine I have brought into this bar, how many girls she's seen me leave with, how many girls I met/ex's I brought in within days of one another. I have likely crossed into that curiosity region in her mind. For a time, she regarded me with quiet but very nonverbal disdain. Now she always jokes and talks with me. But, that is women for you. At any rate, within moments, she was questioning why I was out alone. I played aloof. I wanted to hear her say it. She commented on the sheer multitude of "gorgeous" girls she'd seen me with out on the town. I shrugged and did my best knowing smirk mixed with aloofness. Her boyfriend acted butthurt that his girlfriend was spending her industry night off talking to a guy that everyone in the bar where she works deems a "player" or whatever other term now circulates among those concerned with the behavior of others.

In other recent news: some guy went up to an ex of mine and told her he'd seen me with a girl by a name that I truthfully do not know. My haters now prove legion in this town. Le sigh. It actually proves a useful tool. It eliminates prudes from approaching me (ie: girls that would shit test more than I care to tolerate) and provokes those girls curious to sample the wares.
----

I walked away from my ex and the others for a simple reason: I didn't have the stomach to hurt them any longer. The line was drawn in the sand by them. They had chosen to tolerate a clear pattern of behavior. I made clear an unwillingness or inability to effect change in said course of behavior. They hurt when they're with me but feel the other times of content, peace, security, lust, and desirability. When I'm gone they long for the experience, the whole package that I entailed. I don't have answer for why....save that perhaps intensity, good and bad, proves addictive.
"I've got this icebox where my heart used to be."
-With Greatest Affection

I had an ex who remarked one time that I was too impulsive. I asked her if my impulsiveness "was okay" when stomped/physically assaulted those 3 guys in the parking lot after one smacked her on the ass and another grabbed her by the arm one night downtown. She never said something to that effect again.