Musings on the Mall 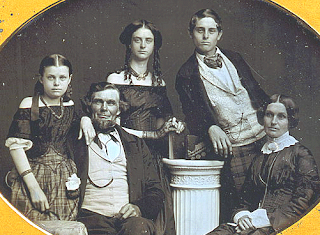 Soundtrack to this post: Brutal by New Order
Spent some time the other day, killing some time rather whilst waiting for my *****. I strolled through the crisp air at a large mall with both outside sections of stores and the indoor variety. I walked past Pottery Barn, Pottery Barn for Kids, Restoration Hardware, Brookstone...whatever else that sells shit people don't need but are conditioned to think they want/will fill some vacuum within their hollow selves.
The well-lighted stores with their white light and "versatile solutions for modern living" called out with lascivious promises of contentedness and warmth. I saw couples looking at shit. Stuff. Fucking stuff loading and packing the shelves. Stuff that won't bring any more happiness than it will respite from the abyss.

I smiled and read at a bookstore then sipped some coffee: free to read, think, look at things other than candle holders and bedspreads and fruit dishes for a dining room table I do not own. I checked out the surprisingly fat ass on a dorky looking white girl with nonsensical hipster-inspired fashion: leggings over a horrid skirt, minimal make-up, some handbag large enough to carry a grenade launcher, slipper shoes, consignment store looking buttoned shirt and random flapper hat. Grade: 'F' for 'fucking too much time trying to appear as though she just has all this random shit in her closet.
I checked out a younger blonde with her mom. She "got it" from her momma', no doubt. Too bad, I bet her husband doesn't look twice at her anymore. I'd have slipped it in without delay.

I looked for a moment at a window installation at some other random home furnishings store: my first apartment after college had a chair, a desk, my mattress on the floor and one wooden dresser that I never used, save to keep condoms, lube, and some random unnecessary personal effects, a few pictures of ex's that I was mildly attached to in some vague emotional capacity.
I thought about the random blonde-haired college girl that looked like a brown-skinned ex that I banged there, about the Brazilian girl who bit me all over while I wrapped my fingers around her throat and slammed her against the wall...about another darker-skinned ex, and yet another golden-skinned ex whom I broke up with shortly after moving back from college...or something in that capacity. It becomes difficult to remember all the particulars with time: broken wings for broken birds, as it were.

It dawned on me just what a place like Gap Kids, Pottery Barn and its Kid aimed incarnation sell....the clean, sanitized, pleasant lie that is marriage and kids for most people. The Spearhead has a far more articulate assessment of what marriage entails that is worth a humorous read.

I then walked into the indoor section of the mall. This mall, in particular and even for this area, is decidedly teenager/family with young kids oriented. There is the "playzone" for the rugrats, and any number of stores aimed at young, semi-well to do, or wanting to think of themselves semi-well to do families with the 1-2 young kids, sedan, stationwagon/import, and a dog.

I just don't see a lot of these families that appear happy. Read that: I don't see practically any that appear happy. Huxley's characterization of, " Home, home [as] a few small rooms, stiflingly over-inhabited by a man, by a periodically teeming woman, by a rabble of boys and girls of all ages. No air, no space; an understerilized prison; darkness, disease, and smells....home was...squalid psychically as physically...what suffocating intimacies, what dangerous, insane, obscene relationships between the members."

Spoke with a buddy of mine recently: to recount, his wife walked out on him, then he finally convinced her to come back, read that: she realized she wouldn't find a better deal then came back after a year and change. Fast forward to her "accidentally" getting pregnant. Fast forward to occasionally hushed messages of how crazy she is now (hint: more than when she wasn't a mother to his child). Fast forward to not hanging out with my buddy hardly ever.

Looks like I might see him for a bachelor's party this weekend. If nothing else, I hope for some painful humor as blogged about over at Seasons of Tumult & Discord on the topic of a beta's bachelor party. More walking dead men. No wonder people listen to economists and have hope. Never underestimate the willingness of people to cling to a dream, to a myth, to something that literally flies in the face of all other empirical evidence.

Why do I bother to hang out with some of my married friends, bachelor's parties for doomed men, you ask? They are painful, but utterly necessary reminders of what lays in store should I not remain true to myself. The truth? The married men I know are semi-miserable or outright pained. This is not even broaching the topic of the divorced men I know who now support a wife who is banging some other dude(s), probably spending his money on the new guy, and must split unequal time with said ex-wife to see his kids. Make no mistake, the penalties are severe, and to trust something/someone as capricious as a woman who is prone to truly follow emotion, damn the logic (and there are few consequence for women), is a recipe for disaster like no other.

I don't doubt there is joy to be had from having children. Sorta like building a house of cards over a period of years. Or like painting tons of miniature figurines....something will probably be gleamed from the process....but like one of my coaches once told me on the way back from a fight, " Yeah, I love my kids. And they made me less selfish of a person. But, I don't know that I really needed to be less selfish."

The quiet pain in his voice spoke volumes louder to me than any Pottery Barn display bathed in white light during the Holiday shopping season.

-With Greatest Affection
Posted by John Smith at 8:40 AM