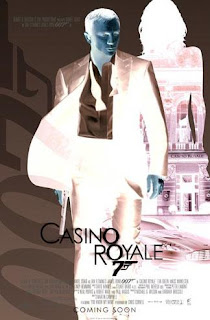 Soundtrack: Hazy Shade of Winter by She Wants Revenge


The pages fly by. Time passes. I down my coffee and step out of yesterday’s hangover. I could lie to myself and think tonight will be different. I could lie to myself and think that I’ll avoid it. I’ve grown tired of lying…at least of lying to myself that is. Some kids seated nearby are studying for the SAT. I feel like telling them not to bother. Life is not a checklist. Life is not a To Do list. Perhaps if my folks had cracked the whip harder I’d have attended a better/higher tier school. Like that would fucking matter. I’d still charade my way through the days perchance to stalk the nights and the dark and the absence of sunlight. Flipped through “The Joke’s Over” by Ralph Steadman, prolific graphic artist who helped Hunter S. Thompson invent the Gonzo legend/life. It’s a good read for those like myself who have read most if not all of Thompson’s considerable literary body of work and creative genius. Thompson, like your humble narrator, was an avid admirer of F. Scott Fitzgerald’s work.

Some couples nearby are discussing the bible. *sigh*

I hope everyone who went to church for their yearly/annual visit feels cleansed for another 365 of debauchery.

Too much free time is never a good thing for one such as myself. Idle hands and such bullshit. The absence of meaningful attachment/interaction rakes its claws against my being.

I recall last night and some straight guys irked and commenting on some boyishly dressed lesbians at the first bar I hit up. Yes. They are taking over. The lesbians are everywhere. Stupid fucks. The endless stupidity of others never ceases to amaze me with its depth. My LTR will likely want to spend time together tonight. I will likely demure and head out into the night to not find what it is I’m seeking. It’s hard to find something if you don’t know what you’re looking for.

She will wonder why she cannot sate me. It’s not her fault. It’s not anyone’s fault. It simply “is”. Black holes do not require reasoning. There is no why. There is only their existence. She will wonder as have all the other girls I've dated. They wonder why they are not enough. Like it's some sort of personal attack or failure. I am the failure. I am lacking that fundamental human element/part that is an "off switch".

This is the point where some lonely, frightened, empty, sad people turn to God, to family, to marriage…and they become so busy they don’t hear the voice asking the aching questions. They are so bone tired and weary from soccer practice and yard work and mortgage payments that they think the void is filled. Then the kids grow up. You sit and see the tired face of a roommate wearing a ring on the appropriate finger that you no longer know…and the voice’s whispers turn to insistent shouts and though you are no longer tired, you cannot sleep at night. The void is an ear-splitting shriek and you still face the same questions.

Did I get what I wanted for Xmas? Yes. I got some momentary reprieve from the void by pouring a ton of booze into the black hole. Ran into a guy the other night that won money betting on my last fight. He bought me a beer. Cheers. My LTR will likely want to have sex. I don’t really know if I want to have sex. With anyone.

I'll head out with a wingman tonight. Some girls will tongue me down with their eyes but they won't be hot enough to motivate me to approach them.When you hit that 40ish number of girls.....it takes a lot to make me look twice. Jesus there are a lot of fat people in this town. 'Merica is choking itself with its own obesity. Gluttons. All of them. Disgusting. The only not fat girls are tweens wearing leggings and hipster glasses staring me down like a hooker who's gotta' make rent by tomorrow. And of course some creepy fags checking me out...nice wedding ring. And I thought I was a faker. Whenever someone invents a machine that you can plug into and just dream lucidly.....they will make a fortune. For now, I'll have to settle for waking up naked and hungover then jerking off to some Brazilian chicks doing anal.