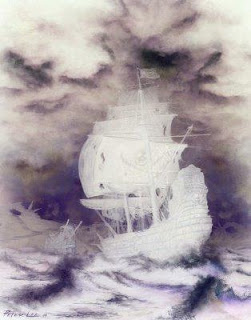 Soundtrack to this post
Alternative Soundtrack
The other night, I sat at a favorite bar with the LTR. She was the cutest girl in the bar....by far. She was likely the funniest and wittiest as well. This is typically the case with the girls I date. My tab was decidedly low as hell b/c I tip well and the bartenders are sharp like that. I got the eye from some younger and older girls alike. I was looking fairly sharp and well put together even for myself, but having a girl on your arm often does more to qualify you than any apparel/watch/car/accessory. At least one ex girlfriend was in the bar that I counted. C'est la vie. I secretly hoped some buddies would show up, I'd send my LTR home and make it a bender. This urge subsided with each minute that drew closer to closing time. I felt the warm onset of my buzz that came unexpectedly yet comfortingly. I was warm. I smiled.

I sit and facade my way through another night. It's not that I wasn't enjoying her company, but it's a story to which I know the ending...the ending of this night in sex and/or sleep with familiarity and comfort.....a relationship that will end in a flaming trainwreck. There is an acceptance, tacit as it were, of this forthcoming and inevitable conclusion. I noted her soft features, full lips, enchanting eyes, exquisite neckline, curvaceous frame.....I laid my hand on her lower back and took in the pleasure of a small gesture and the tight yet soft feel of her lower back muscles....perfect shape.....they spoke to me in lascivious whisperings as I thought of her naked frame and fragile demeanor at times during sex. The booze made the lights twinkle the slightest bit brighter and the music seems very apropros with each subsequent song likely too old for her to recognize.

I watched some single guys post up by the wall near my seat. The ratio of girls to guys wasn't terrible but it wasn't great. Fuck it. Long odds are what every man truly craves in his heart of hearts. Every now and then I'd glance their way and find them in the same stance, the same posture, the same angle, the same everyfuckingthing. Their night would end without so much as an effort to get their tips wet in the hole of some warm gash. Been there, done that. Nothing quite like watching someone willfully choose to not swing at a few pitches. Every girl that comes into sight is a pitch sent your way from the great pitcher in the sky of game. Every time you don't swing, you are guaranteed to strike out. You can't hit home runs if you don't fucking swing at any balls.
Watched some older married dudes spitting game at young girls. Did my usual "round the room" game and assessed the relativity of who was more interested in each male/female pairing for discussion. A semi-attractive Euro girl with a clear hawk-watching shorter guy was basking in the attention of some herbs content to hit on some guy's girlfriend under the guise of friendly conversation/discourse. Who the fuck cares? I may be a lot of things: boozer, fighter, rake, jerk, bastard, but one thing I don't do is take other guys' girls. Period. Fuck that noise. There's a million fish in the sea.

Hit the gym, had lunch with a buddy earlier after knocking out some Xmas eve shopping. Gave 5 bucks to a homeless guy near the off ramp b/c it's not like I won't blow money on booze and a cab tonight........The highlight of shopping was a Latina girl with a fat ass I've seen Latin dancing before who works at the mall and held eye contact with me as I passed her kiosk. The lowlight of the shopping experience was being badgered by various retail employees looking to bolster last minute sales. Saw my mentor and chatted a bit with her @ her high end fashion boutique. We made plans to hit the town soon and trade some war stories. She's shocked at my latest stint of good behavior. If your friends know you best, it says something that my friends are universally shocked at my relatively toned down lifestyle as of late and its absence of rake-ish-ness.
As mentioned, I had dinner with my buddy and discussed the usual man stuff: girls, porn, politics, healthcare, Holiday family bullshit drama, and work. My buddy said a silent grace before eating. I opted out of questioning the grounds for his faith, for anyone's faith actually. The faithless need not question the faithful...if only the opposite proved true.

My buddy mentioned my relative good behavior as of late. He was surprised he hadn't seen me hit on any girls in our recent outings.......I confided that I'd slipped up awhile back. Forgot to mention that, dear readers. I ******* ********* awhile back during a weak moment. We both lamented the relative lack of Brazilian girls in this town and the downswing in quality of American women. With the exception of my current LTR, I've been a considerably better cook than virtually every girl I've dated. That is just one facet of the overwhelming lack of desire for American women.

At any rate, after dinner I hit up the gas station near my place to grab some brews to slam down before heading into the night for some much needed carousing and socializing with strangers and other n'erdowells.
@ the gas station a black guy was hitting on a clearly mid to late 30's aged white woman working the register. They were bantering back and forth when the woman commented that she doesn't go out much b/c she doesn't have a man. How "the guys I like don't like me" and the usual predictably trite sob story an over the hill broad working at a gas station says without skipping a beat and that you are never shocked when you overhear. I threw out that she wasn't "the only person with that problem." The black guy eyeballed me, like I was hitting on this old ass mother of two working at a gas station on Xmas Eve, I shook my head and headed home. Stupid fuck. I wouldn't so much as think of sex in relation to that chick.

I'm headed downtown in a bit. Going to hit up some Latin dancing, possibly a drag show with a gay friend....other than that...who knows? I can say that each stop will likely involve copious alcohol imbibement until my body gives out and I hail a cab to head home and sleep perchance to dream. I shall go where my whims take me.
I like the feel of freedom in my hand.....its taste...its scent.

I'm sitting at home, ironing a dress shirt, choosing a tie, debating which hat I want to wear if one at all....and a song comes on. The song that played midway through my buddy and I double teaming a girl on my ***** visit awhile back. Ah, memories.
I read that in Japan, Christmas is one of the biggest casual sex nights of the year. Color me jealous. Want to hear something funny? I don't actually want to bang some random chick. You know what I want for Xmas? To meet a genuinely cool girl with whom I have chemistry, we talk for what seems like 5 min's but is actually 2 hours....and we part ways with a longing for more at the end of the night....saving that moment in time before the hurt, the disappointment, the loss, the longing, the failure, the colossal letdown......when the potential is all that colors our eyes and our minds. Deep down, there is some romanticism residing in the void where my heart should be. Fitting that it is tempered with my acceptance of the world and reality as it is. All I want for Xmas is a blank slate.....that I will inevitably fuck up in short order. Hey, at least I've come to terms with myself and the bed I make with each waking moment.

"I thought I could change what I am, keep my family safe. But it doesn't matter what I do, what I choose. I'm what's wrong - This is fate."
-Dexter
Posted by John Smith at 3:45 PM