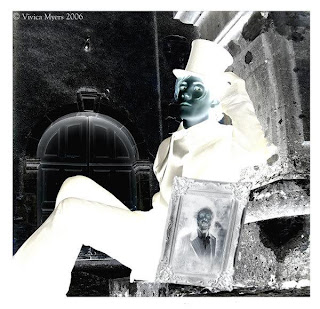 "The life that was to make his soul would mar his body."
Oscar Wilde's The Picture of Dorian Gray

Strolled into the cool evening air. My head and chest were fighting a battle for control. My head spoke of moving on and my chest strummed fingers upon reflections and longing.

I walked in my Chucks on the cooling pavement whilst feeling the night's languid air...yet somehow the white noise of crackling tension began to announce the night's possibilities.
I posted up with a different crew than usual. Change was necessary. Something else was different: I was not drinking.

A fashion show took place which explained the bevy of girls taller than myself that had gathered at said drinking establishment like some herd of giraffe on migration. An Asian guy chatted me up due to our having mutual friends. He actually used some PUA lingo within the first few sentences. I told myself to be pleasant and sociable but I honestly had to force it. I was discordant. I was sober. I played around the room and ascertained who was with whom and who was more interested of each couple.

He was a cool kid, asked me about jiu-jitsu b/c our mutual friend had told him about my chosen sport. He was gung-ho about opening some pretty birds in the room, but I wasn't out to socialize with the fairer sex. I had simply come out to hang with my buddies and make it a sober night.
I was doing surprisingly well on both accounts.

My mentor arrived and we chatted about the blowout with my girl.
Walked outside and my buddy was chatting up two gremlin-looking coquettes. He introduced me (unnecessarily) and they acted like they were doing me a favor by giving me their names. Stupid college girl(s) inundated with dick offerings by guys in flip-flops, rockin' wayfarers, smelling like deodorant. Give it a couple years ladies.

I controlled my face and hid my disgust so as not to fuck up my buddy's approach.
They walked away after one girl feigned that she didn't want to give my buddy her number.
He was going to be the best looking guy that even looked at them that night. Period.
I complimented one of the models (a ginger) on her walk.
"Did you really just have to bullshit over that gremlin's phone number?" I asked.
"Yeah. It's cool.You gotta' put in work sometimes."
"I guess. Fuck those gremlin hags. They looked like 12 year old boys on Halloween wearing masks they bought from the Halloween store. 'Sides, I'm prettier than those bitches."
Two of the models seated to my left began laughing and joined our conversation. They lightly shit-tested me for my "prettier than those bitches" line but I maintained frame. I wasn't looking and they weren't my type. Running tight game with girls you're not interested in is easy.