A Whisper in a Room Full of Shouts 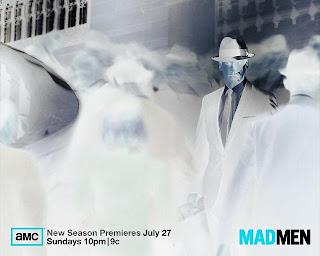 "To me, Beauty is the wonder of wonders. It is only shallow people who do not judge by appearances." -Henry Wotton, The Picture of Dorian Gray

"It's meant to be," a quintessential passive/aggressive girl rationalization tool for liking a guy.

A lot of girls. Blase. They all ask the same questions. Virtually all of them respond to the same routines/basic principles. Going out with ZERO intention of gaming and simply interacting changes the whole paradigm. When you're not vested in the interaction, simply curious to see the "action/reaction" ping pong of social situations.....consistencies emerge.

A couple guys who've seen you work this same room come by and irritatingly fist bump/ask you 20 questions like they're some chick trying to suck your cock.

My phone lit up.
"Do you want to come over for dinner and drinks?"
The 2nd time in as many days that an offer of this nature had come down the digital pipe.
Blase.

My phone lit up....I was busy playing Battlefield Bad Company 2 (Awesome game) and actually doing the "quiet night at home" thing which has proven so elusive in my past. My eyes grew tired from training and knifing motherfuckers in the face on the virtual battlefield.

She always worries when she needs not. When she's not worried, she should be.
Ah, the irritating predictability/paradox of life.
Things reach a point....when you try to behave. You do everything you're supposed to do...but it's not enough. It never will be. The trust is gone. There is no rewind. No number of compliments, hugs, mornings woken up next to can restore that previous state.
The weight of transgressions/mistakes becomes a yoke to bear....you who carry few such burdens.

The mask slips. Heavy is the head that wears the crown.
Expectations. You abhor them. They make a drab and dreary affair of life. This is part of what chick magazines and therapists tell women is a "fear of commitment".
It's a fear of boredom put more aptly. Life is short. There are no rewinds, no redo's. There is only the non-existence that follows that last breath/gasp.
When I'm 80....assuming I live that long (quite the assumption, I know), I won't lie in bed and think, "y'know, I should have spent more nights at home playing video games".....
--

She came my way. She stood next to me at the bar. Her arm semi-subtly touched mine. She hoped/expected me to open. I did with some bullshit situational opener like I always do. It's not really what you say....just the guy saying it that matters. If you build it they will come.
You informed her the next ***** dance was hers.
She smiled and said she looked forward to it.
As is virtually always the case, you were a better dancer than her despite her heritage.
Insecurity does not compliment girls well.

A long ago dance partner roved her eyes over you. As you parted with the Nicaraguan, you held out your hand and the two of you moved in time. You saw an ex from ages ago, a Cartel member's girlfriend who partied you under the table (the only girl to ever do so). You had heard she returned home to the motherland. As with most things people say, creative liberties had been taken. She still looked good. She still looked like some drug lord's mistress. You were busy dancing with a dark-haired girl.

Ships passing in the night and all that shit.

There was no flicker. The candle kept burning at both ends. Wax dripping on fingers deigning to capture the flame then shocked that the flame singed their skin when they came too close to it. To hold the flame would extinguish it....a sad truth they know in their heart of hearts yet hope against hope is not the case. You're not a house cat. You never have been. You do a good impression of one, and it soothes your restless soul much of the time...but the call of the wild roars to a deafening decibel and you have to kill a bird to leave on the doorstep. You're not sure why, you've tried repressing it. You've tried being a good little boy reading and watching bad network television.
As it is, you awoke, sipped coffee you didn't need and drove to work in the cool morning air, irritated and nonplussed by a needless conversation forthcoming.


"First one gives off his best picture, the bright and finished product mended with bluff and falsehood and humor. Then more details are required and one paints a second portrait, and third---before long the best lines cancel out---and the secret is exposed at last; the planes of the picture have intermingled and given us away, and though we paint and paint we can no longer sell a picture. We must be satisfied with hoping such fatuous accounts of ourselves as we make to our wives and children and business associates are accepted as true."
— Fitzgerald's The Beautiful and Damned
Posted by John Smith at 7:53 AM