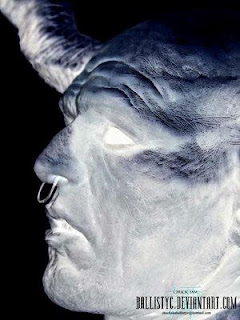 Soundtrack: NIN's The Day the World Went Away

You head into the brink. You have plans for a several bar jaunt with your coterie of rogues. The night has all the telltale signs of predictability. You've picked up various numbers as of late. You have been nonplussed.

You spy with your little eye a girl you intended to approach weeks, or months ago (who knows such things....all the nights turn into one melange, after all). You will not be denied this time.

If there is one thing about you that is beyond doubt it is that when you see what you want...however rare that is....you are a deal closer. There is no plan B. There is only success.

Your buddy opens the group she's with lithely with a cigarette opener. You don't even inject yourself into the conversation. You think you know how you will play this. You have been drinking but you are in the perfect state. You are not sloppy by any means. You have already opened a number of sets and been mixing up the conversation muscles for a couple hours. You can apply what you have learned over YEARS of going out and socializing and conquests. There is no "if" only "when".

Your buddy opens the group then ejects momentarily with a takeaway move. You wantonly open her based on her country of origin (your favorite). But the logistics are fucked up. The french chick in the group places herself next to you. You consider the prospects but know that there has been miscommunication. Your 3rd friend placates the Latina in the group. As the **** motions for you to talk to her, a slag you met the night before does an arm pull and takes you inside.

The new variable in the equation buys you a shot. The IOI's are off the fucking charts. Each and every indicator is present. Were you not keeping your eyes on the prize, this guaranteed bang would be a slam dunk. She keeps touching her hair. She hooks her arm in yours. She looks up into your face like a child on Christmas. She is all smiles and sing song voice tone. She cannot keep her hands off of you. She is sweating you like no other.
She waves her friends home. She tries a time constraint move by saying she's only staying for 10 more minutes. You wanly dismiss this. Game recognizes game.

You are staring into the goddamn fucking matrix. The binary code flashes and flies by at the speed of sound.

You are maintaining the original pursuit. You will not be denied a second time. You must deter this variable/woman. You have to ditch her and get back to the prize.
You try everything to deter her.
The ****** looks back and motions to her friends as you down your shot. At the end of the day, however, you know that the ***** is getting wet over this inadvertent takeaway by this other girl.

"Where do you live?" she asks.
"I live with my mom."
"That's awesome."
Are you fucking serious? Homegirl is determined.
"What do you do? Don't you have work tomorrow?"
"I review porn for a website. Part-time."
"That's interesting. Do you jerk off a lot?"
"I did twice before I came here. Get it? Came here?"
Fuck. I am losing steam to blow her off. She has her eyes on the prize.
"I live a few minutes from here," she says.
You dismiss yourself and head to the bathroom to formulate a strategy. A black woman stops you and talks your ear off. Christ. The girls are forward this night. The black girl's friends compliment your hair and face, remarking how pretty you are. They ask if you are packing. You smack the black girl's ass and say, "what do your instincts tell you?" while maintaining cold, hard eye contact.

You finally have a piss and strike gold: homegirl has disappeared. You had hoped you could trust her capricious nature to do such a thing. Ah, the predictability of mercurial human nature.

You walk out to the ******. She makes a smart remark about the girl that grabbed you. You lithely dismiss her protests as token and blase. This sort of thing simply happens to you, your body language intimates.

A girl you banged awhile back comes by. She's already drank her dorky date into blasted-ville and he's stumbled off to a cab. The ***** is gobsmacked that ANOTHER girl inside of 20 min's is coming up to you for a takeaway. You and the ******* take a seat. Your arm goes around her. Her hand rests on your thigh. You and her speak in confidence and hushed tones of intimacy. You discuss many things. She is pleasant. You are gobsmacked. She lacks that cold nature so inherent to many American women. There is none of the arms race to prove who is cooler than whom. There is no overt shit testing. Rapport is instinctual between the two of you. The attraction is more than physical. In fact, it lacks an overt physicality b/c it packs a deeper, core recognizance of two like individuals.

You battle to maintain frame. She is disarming you. Her kind demeanor filters inward. Your foundation is strong but you begin to think that this may be one of those times where you break the rules and flip the usual script. You sip your 12th or 15th beer after having had a couple shots. Amazingly, you are still fully functional.
You bask in how different she is from most American women. You tuck her hair behind her ear then give it a slight tug. Her hand moves to the inside of your thigh. You kiss her cheek. She smiles a radiant and coquettish smile. The Latina friend drops her best game on your 3rd buddy. He is taking one for the team.

The clocks winds towards the dying time. The **** asks what you want. She rises to leave when you pause, then you voice that you want to go home with her. She says she would like that too, but she did not drive, and her keys are back at the french girl's place. You tell yourself that she's wanting something longterm.

It's like finding 20 bucks in the snow. You tromp through snow your whole life but remember that one time you found 20 bucks.

You walk into the dark night fully accepting you will never see her again and nothing will come of this night. Nothing ever does.

You wake to a text message she sent after you blacked out.
You walk the hot and humid 20 minutes to your car whilst sweating out last night's revelry and cheap booze. You are not surprised when several cars honk en route.

The barista flirts with you whilst all you want is to get your coffee and disappear.

-With Greatest Fucking Affection
Posted by John Smith at 7:37 AM