The Truth Will Set You Free 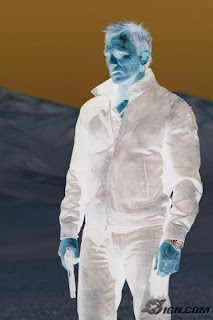 Found out I'll be moving in with a buddy in a week.

Some humor for your day, you ask? I've been living with my momz on and off for the past couple years with some temporary respites at various subleased places which functioned more as flophouses than actual places of residence. My mom left the state for awhile and I helped pay part of the mortgage once my 'rents decided to go ahead with the divorce. Then my momz moved back after that fell through and I've been helping her out with bills and such b/c it took awhile to find a job given the current economy.

This blog has come at a steep personal price. It has remained a bastion of truth in my double life. If there was room for the truth in daily life this blog would not exist. This blog is perhaps hyperbole at times, a diary open for the world to see, written anonymously. But then, as always, the mask slips and those not meant to see it have read the words.

Since I got back together with my girl I've actually behaved. Shocking, I know. My past is littered with indiscretions and poorly made choices and mistakes. I was giving it a go. I was spending nights playing on my computer and jerking off. I was behaving. I was being one of those normal people I hear about on television.

--
It's like the woman told me last weekend as I sat with her son.
"Men make mistakes."
She said it not judging, but one who had seen, been privy to, and been let down by men but knew this was just the road men must tow.

Allegedly, there are guys who don't slip. There are guys devoid of vice(s). I guess. At least, that's the image they do a better job than yours truly of maintaining for the world to see. I doubt there's many good looking, intelligent, charismatic, and confident guys that don't slip from time to time. If you find one, let me know.

Let me know how exciting that is.
Women need a good reason to cry. A reason to get worked up, to shout, to scream.....if nothing else, the fact that her man is "too nice" will become the reason for the above. How many times have you heard chicks bemoan the fact that "he's too nice," or "he's nice, but....."??

Last night: I told some blonde girl she had toilet paper on her shoe. Her friend waxed poetic about how nice I was. In the midst of this bullshit 5 minutes, my girl called. I didn't answer b/c I wasn't up for a needlessly drawn out conversation where I had to qualify why I wanted to hang out with my guy friends and that "no" I wasn't picking up chicks. Typically, I only see my friends on the weekends b/c y'know, like, I train to fight and stay in shape and like, I have a job, and my buddies are not in school anymore. At any rate, I inadvertently hit the answer button on my phone at some point, and apparently she overheard my talking to a girl.

Alert the media. Someone call the news station. Breaking news.
Like every night she's out I haven't heard from guys I know who work downtown about guys chatting her and her friends up. Her friends literally go to places they know that have more guys than girls. At any rate.....

What followed were vociferous texts and hurtful things. All over some blonde girl not even my fucking type chatting me up out of politeness b/c I told her she had toilet paper on her shoe.

Chris Rock said it best: Jump to 3:15 for the truth


From Kinowear: "confidence is built on the belief that no matter what happens, they can trust that they’ll handle it and take immediate correct(?) action. "
Posted by John Smith at 10:45 AM