Dating in the Time of Flakery/The Now n' Then Girls 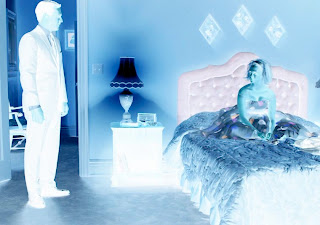 Dinner girl hasn't responded since *****.
Drinks girl gave a tepid response to my text after coming back from outta town.
Dancing girl is a long shot so far out of the window of conceivable....who knows? We'll see one another at another venue and that chemistry briefly shared will warrant an acknowledgment of one another's presence if we're not too drunk to recognize one another.

Ah...the predictability of it all. I had forgotten the cotton mouth/stale taste of predictable futility in dating. I don't know how ugly guys do it.
--

Time for some half-assed speculation:
1) As I think about it....one of dinner girl's friends that I met looked very familiar. Like...I know I have met her before through someone else. Le sigh. Likely, my reputation has surfaced yet again which would explain dinner girl not returning my text.
2) Drinks girl - I got a nonchalant text after she returned from out of town but nothing open ended or belying interest to do something else. Then again, she's *****, and used to being pursued hard. Le sigh.
3) Dancing girl texted me earlier. She waits just long enough to tease, like an angler fish, that I'm tempted to bite each time. In my heart of hearts I know that nothing will come of it. She's a Now n' Then girl. You know the type. You meet them. Seem to hit it off. Good chemistry. She likes that you speak Spanish (oh wait, is that just in my experience?). Good talk. Easy conversation. Then comes the logistics of setting up a date. Flakery occurs near last minute or a couple hours prior. You likely had to send more than one text to each one of hers sent (this is clear foreshadowing of a trend to come) in order to procure the date but you ignored this b/c she's **** and used to aggressive pursuit by guys in her culture. You all but take her number out of your phone before she texts again, out of the blue, some morning while you're at work/on a conference call/staff meeting/presentation/taking a piss/whatever. You begrudgingly text back but doubt anything will come of it.
--

The same parts being played by different people over and over and fucking over.

More news for a guy who hates predictable news: my fight may be off. The matchmaker's trying to feed me a ringer. I only know what's up b/c of some info I got through the grapevine. Sucks too, b/c I thought I knew the matchmaker pretty well. Didn't think he'd do me grimey like that. But, that's the fight game for you. Grimey.
Posted by John Smith at 9:38 PM