The Hilarity of Youth 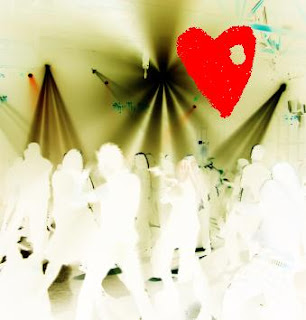 Soundtrack to this Post: OneSideZero
Recently, I watched UFC 109: Geriatric, where aging, still fighting professionally legends Couture and Coleman slugged it out.

Humorously and likewise irritatingly enough it was held at a college style party bar owned by a friend. Moments after the fights began, a small trickle of 18+ kids head in. I say kids b/c the girls had the fat of youth/rolly polly obesity, the guys wore chains on the outside of their shirts ala 7th grade rednecks....and that awkward swagger of a male attempting to proclaim alpha but busy looking around as if to say "see? see? I'm a guy. I'm a man." No. You. Are. Not.

At any rate, the usual signs of college sexual dynamics/desperation quickly came into view: 2 guys dancing on one girl, girls making out with one another for cheers/beers, clearly underage girls drinking a beer and acting drunk within moments of arriving at the club/bar. Girls dancing on a ledge nearby. I was interested to note the number of short/thigh-revealing dresses being worn. The fat girl positioned in the midst of each set of girls. The days of pants plus slutty/glittery top with some errant flip flops or heels of my college yesteryear have passed for the time being it appears. Kudos for attempting to appear to possess fashion sense. Girls walking awkwardly in heels also went by in droves.

Some essentials were proven in the midst of the awkward haze of youth attempting the mating dance. Appearance worked for a handful of guys in relatively more expensive dress shirts and jeans. Swagger worked for a number of others far too unattractive to pull gash otherwise. A young girl grabbed my arm after walking out of the bathroom. I distastefully glanced at her hand on my arm, she blushed nervously, I gave her a half, kind, little sister kind of smile and made my way back to chat with my training buddies. The thought of knocking out young gash on a dorm room bed brought back nostalgically humorous memories. It's a wonder I ever got laid in college. It's not like I had internalized ANY understanding whatsoever of how men/women work.

I could have done a lot more if I hadn't been such a pussy. Sex wasn't something I actually sought out. It fell in my lap often enough that for the most part I didn't have to go looking for it. I also had some spirit-crushing spells in college. I was like some lost, small dog wandering around, uncertain of which tree to sniff.

Ah, the joys of youth......at any rate, back to my recent exposure to college life:
Some breakdancers did some dance/off dancefest type thing on the dance floor. The pulsating bass made my head hurt. I called it a night and slept good, catatonic rest after having spent a fair amount of time earlier in the day getting punched in the face. Insipid is the word that comes to mind when describing the crowd, but that's not it. Perhaps, uncertain is the word.