Once More with Feeling 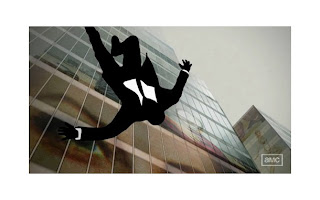 Disclaimer: I won't get into specifics but I had tempered some truths in the blog as of late for the benefit of another. That no longer proves necessary. Continue reading at your peril.
---

I woke up in a house I did not recognize. I woke up in a house on a street I did not recognize. The girl who took me home likely thought sex would occur. Matter of fact, I know she thought sex would occur b/c she said couldn't stop weaving it into conversation on the walk home from downtown to her place. I've been pullin' the self cockblock since I was in college, brah.
I awoke before her and let myself out into the cold morning air as I searched my vague memory as to where the fuck my car was parked. I had to check two parking lots before striking gold. Fittingly, it was next to a church.

I slid into my change of clothes in the front seat of my car (an acquired skill necessary to any self-respecting and wandering vagabond in this age of modernity) and headed into work for a meeting painfully packed with colleagues and co-workers.

Onto Tonight....
As it is....I'm on tap to meet either **** girl, dinner girl, a Latina I met last week, or the girl whose place I slept at last night. Place your bets now ladies and gentlemen.
Possibilities abound.

My buddy last night said I used Jedi Mind shit on the girl who later took me home. We'll call her JR for short. I told him it wasn't Jedi Mind shit....just that JR had given me all the IOI's and I had only to say little, touch her in increasingly sexual ways....and things would "fall into my lap" as he claims they do.

As my mind roves over tonight......I consider that I have a bit of quid with which to socially lubricate and a venue which has always done me well in the past. In another time, they'd say I lead the "sporting life," that is men who, " flourished on the margin of big-city life. Their world revolved around betting and good times and the elusive promise of easy money." Men also described as being, "game for any excitement, particularly excitement that involved gambling or women."

"So I enjoy and I devour
Flesh and wine and luxury
But in my heart I am lukewarm
Nothing ever really touches me"
Posted by John Smith at 5:15 PM