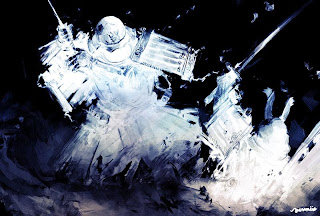 My first night at a boxing gym, a solid 5+ years ago, I got knocked out. A few days later I came back. I took my knocks and got better. I've never been seriously hurt in a Sanctioned fight. In training and street fights I've done everything from broken ribs, torn my LCL in my knee, torn my oblique, broken my nose who knows how many times...the list is endless. Bleed in the gym and the fights are often comparatively easy.

I blogged the other day about that moment where a couple fakers in the gym and I stared one another down. They were decrying a professional fighter who is still arguably 2nd best in the FUCKING world at 145 lb's.
The two guys talking shit? Lasted less than one round if you combine how long BOTH their fucking fights lasted.....they haven't fought since then. Shocker, right?

I don't talk much at the gym. Gym time is work time. Some people need to keep it light-hearted, need to joke, they talk like it's fucking social hour.

Some of the most loyal, generous, and KIND people I know are fighters. Something about being mired in pain, about learning to turn off your empathy and ignoring your own pain seems to grow your capacity for the emotion of kindness. I'm not sure.

The problem?
When you break the creed of the gym...when you step over the line, I'm one of the guys my coach sends in to to establish order. You unnecessarily rough up my training partners? My coach pulls me aside and says, "Don't hold back. Remind him whose gym he's in."

I just nod and smile because the shackles are coming off.

You won't out last me. I'll go 9 rounds hungover after I've already trained 5 days that week. You won't batter me. If you want to start fouling I'll turn old school and do it all from "cuffing" to other Harry Greb style tactics you've never even heard of like "pasting" you through the ropes and stiffarming you out of position while I starch you with right hands, "missing" with a hook to intentionally the bone of my arm against your ribs. You want to bang in close? My elbows will turn you and keep you where I want you. I'll step on your foot super old school and drill right hands down the pipe.

I am a student of the fight game. I know my history and my toolbox is deep. I don't have other hobbies. This is what I do. I don't play Halo. I don't play basketball.
I am fucking at home in the ring. It is the only place where I feel no distraction(s).
I've fought in parking decks, parking lots, alleys, whatever....never once in fights I picked but had to stand my ground, defend a friend, or b/c someone was dumb enough to grab my girlfriend's ass. I walk around at 140-145 lbs and fight at 135....but many a bigger man has made the mistake.

The samurai? The spartans? The roman legions?
All great b/c they were professional soldiers. They were wholly consumed by knowing as much as possible about every facet of their profession: fighting.

Old School Fight Coverage for those that appreciate it.
Posted by John Smith at 8:01 AM