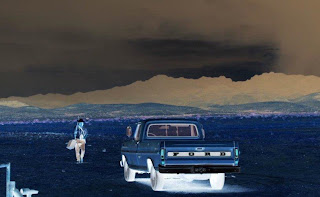 The title of this post was taken from a grabass spin job piece on the Stack attack on the IRS from news headlines which aired on CNN last night.

Everything from the music used to the excerpts from his manifesto to the use of an expert on "lone wolf violence" was a dedicated effort to take our eyes off the fact that a punitive system of taxation with no real recourse available to citizens was the cause.

Were his final actions crazy? Sure. Clinically.
Were his grievances? Hardly.

There is a concerted effort to shame and completely deny anything valid in actions like this. The greatest threat to the status quo is citizens who outright refuse the system's control and taxation. This is a scary thought, that people might just up and refuse to be a part of a punitive system of taxation that is wholesale socialism.

Why don't we decry the Taliban as crazy? The Chechens? The "suicide" bombers....every other single group that does something to make a statement.....simply b/c they're a group of "crazies" rather than one man acting alone?

The Vatican has routinely and systematically covered up not only abuse but key figures of authority within the organization have DELIBERATELY obstructed justice and moved around f'ing predators...and they are tax exempt. Also one of the richest private organizations in the world?

But Joe Stack was crazy?
Here's some conspiracy theory for your day.

Just b/c you're paranoid doesn't mean everyone's not out to get you.
Posted by John Smith at 7:07 AM