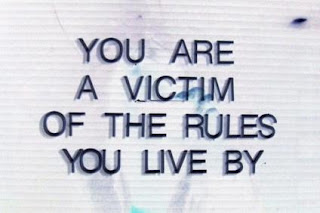 Sat in a church for the first time in AGES.

The wedding was intimate and warm. The couple both came from intact families. The bride was radiant. The groom seemed genuinely happy as to what was taking place. He had that nervous gait of someone riding the internal rollercoaster but not of doubt.

My hangover had subsided. I'd had hours behind the wheel en route to the nuptuals, windows down, sipping espresso and chugging water to clear my head.

She looked beautiful.
I felt less comfortable in my suit than is normally the case.
The god talk during the ceremony felt like words in the air.
Lo, how I've changed in the past few years.

The priest was right about one thing, the newlyweds gave me hope that marriages can/do work.
It wasn't the soporific, superficial trite "hope for marriage" trash you'd expect. It was a genuine assessment of the character of each part of the nuptuals: they struck one as a couple capable and willing of making it work, thick n' thin, death do us part style. It brought a tear to the eye.

My self-imposed, internal script doubting marriage came on full volume between my ears. It did not fit what I was watching.

I asked myself if I would ever be willing to make a promise like the one(s) I was hearing.
Thoughts were swirling in my head.

I saw two paths in the wood.
I had two hands in two different pockets. Both were uncertain.

My roll has slowed as of late. The slight encroaches of age tick from time to time now and remind your humble narrator that stronger still than even my own dark passenger remains sand through the hourglass of father time.
I don't hunger for every morning woken up in the backseat of my car. This is what I tell myself. Just last summer I did go on a bender...but it was shorter than benders past.

From The Rum Diary by Hunter S. Thompson:
""Happy," I muttered, trying to pin the word down. But it is one of those words, like Love, that I have never quite understood. Most people who deal in words don't have much faith in them and I am no exception -- especially the big ones like Happy and Love and Honest and Strong. They are too elusive and far too relative when you compare them to sharp, mean little words like Punk and Cheap and Phony. I feel at home with these, because they're scrawny and easy to pin, but the big ones are tough and it takes either a priest or a fool to use them with any confidence."

"Like most of the others, I was a seeker, a mover, a malcontent, and at times a stupid hell-raiser. I was never idle long enough to do much thinking, but I felt somehow that my instincts were right. I shared a vagrant optimism that some of us were making real progress, that we had taken an honest road, and that the best of us would inevitably make it over the top. At the same time, I shared a dark suspicion that the life we were leading was a lost cause, that we were all actors, kidding ourselves along on a senseless odyssey. It was the tension between these two poles - a restless idealism on one hand and a sense of impending doom on the other - that kept me going."
Posted by John Smith at 1:51 PM