Fairy Tales for Boys that Want to be Men 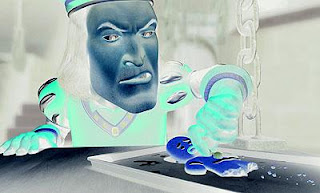 Soundtrack to this post: English Summer Rain by Placebo

I wrote a fable/fairy tale/whatever for all the little boys that dream to be men one day....you'll note how it differs from the trad'l ones for little girls with their Prince Charming's and Frog Princes and the like.
-----

Our story begins.....
A man finishes the first day back at work after a vacation and glances at his cell phone. The bright, glowing, text message from his girlfriend reads: your stuff is on the doorstep. leave the key when you pick it up.

The man spends the next 2 1/2 hours on the mats and in the ring earning his keep as a man with the requisite exhaustion, bruises, and humbling by better fighters.

The man picks up his shit in sullen, wordless fashion and is even asked for a hug at the close of business. Female derision knows few bounds but he knew this already. No proof of his infidelity is offered other than suspicion and hearsay, but he doesn't not raise his voice nor shout. He did not dig through her past, for to dig is to find dirt and in his experience he has learned this well....for experience proves the best teacher. He does not look for that which he does not wish to find.

He heads to his mother's house for facing the empty apartment on the other end of town is just too far to drive and the heat in his car has stopped working at some point in the day.

He arrives only to meet the man his mother is dating now that she's separated from his stepfather. His stepfather and he rarely speak. He does not recall his birth father. Fitting. The man is not surprised. He is not flustered. He does not even care enough to be irritated. These things, these facts, slide by him indiscernible and passing like wind.