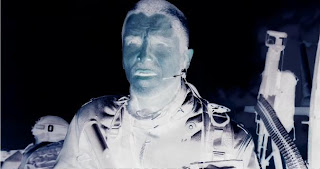 As it is, I'm single now. Something like the vaunted singularity, it proves rare. Like clockwork, through some subconscious broadcast, a girl approached me at the gym the other day dropping fairly outright IOI's, saying she had seen my fight, looked forward to the next, had ran into a buddy of mine, asked him about me et cetera. I was impressed with her open admission regarding these things, but she didn't come off as desperate, so it wasn't a put off.

Another girl caught my eye. Nice, heavy ass, decent chest. Not the type other guys might immediately notice, but serious potential. I haven't met an Brasieirinhas in awhile (****) but sometimes you have to find a less than preferable harbor in the storm of "no consistent sex".

My ex called as I was leaving the gym. She invited me over. I was tired from the gym, needed a shower, and hungry. I told her as such. In Girlsperanto (girlspeak), this translated to "as soon as I was done, I would head over there as soon as possible to spend time with her and fill her bed/gash."

Around 10pm I got the message saying how *** she was. By 1030pm she'd sent a tersely testy message asking what was taking so long. I hadn't communicated any intent to come over so I hadn't even looked at my phone but by chance. I calmly informed her that I was tired, it was cold outside, and had no intention of driving at such an hour. She tersely said goodbye.

There was a time when the dangling of potential, possible, mayhap, might be, could be, hopeful sex would be enough to get me into a tizzy. When I was 20 years old. Time has taught me a few meager lessons...well, time and experience. Namely, things are on your own terms or not at all. Period. For a time you might well get things by bending to the will of another...but alas, only for a time and it proves hardly worth the time/effort.

This not a two way street. There is my way or there is the highway as a coach of mine once said. His other maxim was, "this is not a fucking democracy."

When you say "jump", I don't fucking say "how high?", at least not any more I don't.
--
I find it interesting the subtext which permeates our society and how it differs in message to men and women:

To men: work hard. educate yourself. if you don't you are a failure. a waste. not a real man. do not objectify women. if an older woman abuses you when you are in your teens you are "lucky". if you and a woman are drunk and sex occurs but the next morning she feels regret, you are a rapist. marriage despite the 70% chance that if divorced your wife will initiate. She will also get half your shit and much of your future earnings. You will get nothing but bills and rebuke. You will likely die of heart complications/stress-related illness though women talk of how demanding having a vagina can be.

To women: you don't need a man. you only need sperm for a baby. marriage is the end all be all, it will sate your cosmic loneliness. when it doesn't you can divorce and set yourself up for financial freedom. you are hot at 40 (you're not and you know it in the relative sense). younger men should desire older women b/c they have fucked a bunch of dudes and women define that as sexy. you get the benefits of chivalry and avoid the costs. a man should accept and love you despite however much miles of cock you have inhaled.

Sadly, what women and feminists don't get...is that men have endured the war, loss, brutality, and early death for millenia. We're genetically conditioned to accept this yoke. Women have endured far less for the advance of civilization. They're not built for the life of men. Literally or figuratively.