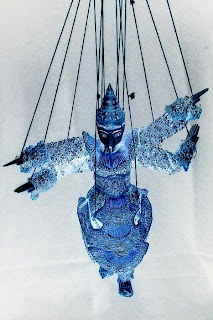 Spent the other night out hoping to see some fights. I was predictably derailed by dueling pianos and a Brazilian girl then weariness.
Headed out to see the UFC, but stopped off @ another bar as the prelims were underwhelming for the more knowledgeable fan. This proved fateful. I did post up next to a Brasileirinha, chatted with her for a bit, did the obligatory and prerequisite joking with the friend who was irked she wasn't getting attention. For most guys, the 'friend' was probably the more likely choice.. But I went with the girl with the nicer/kinder face and the bigger ass. It was hard to block out thoughts of putting it in her ass whilst I was talking to her. She gave me the usual IOI's, kino she initiated, loved my job when finally revealed after much evasion.
"No, really, I want to know. Please tell me. We can trade."
I wordlessly smirked and agreed she would have to owe me in trade, but didn't answer.
When she finally guessed, I went with some cheese about how sometimes people can just read one another. blah fucking blah. The friend grew restless, so I supplicated her with some jokes whilst the target was in the bathroom (probably checking her phone to see where her ex/some other dude was).
At any rate, my interest waivered then lapsed, so I ejected not b/c I was blown out....b/c I just didn't care enough to continue spouting words. Odd, indeed.

Had coffee with the ex the other day. We made small talk and skirted the obvious issues. She was gorgeous as always. I was glad that I hadn't hurt her recently in the midst of a relationship. We caught up, discussed family, life, work, et cetera. The things normal friends do but added with a tinge of longing, loss, and a note of anguish. I reaffirmed my wish to avoid hurting her any more than necessary but could not repress my feelings of missing her to a considerable degree.

Had lunch with my mom the other day. She underscored her admonitions to avoid marriage for the considerable future and to remain devoted to myself and my goals. We talked about the disintegration of the family, work, life, and relocating.

Afterward, I sat at a coffee shop by myself, considering my relative lack of direction. Idle hands are never indicative of good times for one such as myself. Without a clear goal to aid in making positive/productive decisions, my drinking typically spikes and I spend less time hiding from my demons by going to the gym. In true apropos fashion, I've been offered a fight. It offers a truly legitimate threat to my record as a fighter. My vacation from work has ended and I am headed back into the dungeon of masochism that is constantly being humbled and tested on the mats and in the ring.

I bid thee well faithful readers. It is a new year whose symbolic worth cannot be underestimated. Each day marks the possibility for change, but the added figurative weight of a new calendar year beginning can provide that iota of difference necessary for some of us to embark on a new direction, or resume one thought lost.
-With Greatest Affection
Posted by John Smith at 8:07 AM