Thoughts on Single-dom and the Endless Cycle 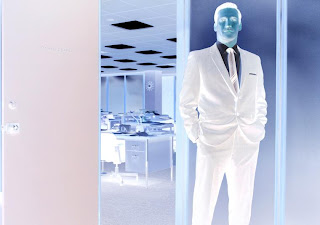 Soundtrack to this post: Girl and the Sea by the Presets

Been single for awhile now. Awhile for me is like a few weeks, FYI. Longtime readers know this well, but for the new members of my flock, that qualifier proves necessary.

Opportunities to flirt and receive introduction to friends of girls I know have come and gone. Part of this apathy stems from the following. I'll meet some girl. She will be interested. I will not act aloof, but simply be aloof b/c I don't feel the urge to facade the effort necessary to play "just the tip". She'll say she understands my busy schedule, make up how she's busy scheduling work, and yoga, and unicorn rides or whatever girls publicly claim they do to sound too busy to follow/date a guy within a few days of meeting him initially. Likely what she spends her time doing is martini night with the girls, watching Redbox rented movies, Ugly Betty, Grey's Anatomy/whatever other lameass generic TV programming with terrible writing is the shit you have to watch to be able to discuss with with the coterie of other girls.

She will slowly attempt to acquire more of my time, despite that allegedly busy schedules she pretended to have when we first met. My schedule is what I said it is. She will see me after training and/or on part of the weekend but likely no other time. She will schedule something without asking me first. This is a test. I may demure and go unless I have plans I had not mentioned to her. Plans that didn't include her. I may even attend part of said event, then midway leave and do my shit I had planned. Her friends will vocally complain and act like they would not have tolerated such a thing. Ah. the fallacy of the coterie rears its ugly head.

I'll likely imagine some other chick whilst we have sex at some point depending on how hot she is/how much she is my type, relative to the previous ratio. We will share tender moments eventually, depending on how pleasant and kind she is. There will be a window when I may develop what might be deemed meaningful affection for her. She will fuck this up in some manner. I will attempt to avoid this by not ever asking her about her past. I won't ask b/c I don't want to fucking know. She will likely press me for information on an ex we see, something she heard from someone...thinking/claiming that by knowing my past she better knows me. Idiot.

This will breed jealousy and insecurity with predictable consequences. She will then debate checking facebook, scouring my phone, or even perhaps nonchalantly glancing at my email when I open it. She will think that I don't notice, but I will only pretend not to notice. I will never go through her stuff nor ask around about her.

She will note how I regard children, my older set of friends, how her friends regard me, and my remarkable ability to interact socially. The hamster wheel will begin to spin. She will likely claim that she doesn't want to get married, the end all be all failsafe trump card attempt at reverse psychology. She will have begun nesting and actually preferring that I leave some of my things at her place though she will bemoan the mess and likely make smart remarks about my stuff.

I will likely cheat at some point, though not when she assumes I have. She will likely catch me and she will likely wish to continue seeing me. Though, things will have irrevocably changed. She will ask why? and why wasn't she enough? She will internalize it as her fault, unable to process that things we do are not the entire measure of who we are...and that no one person can fill the void in another. If not cheating means being bored and resenting the trap.....I'll take cheating over the alternative.

Things will end in a trainwreck of some degree.

Wash. Rinse. Repeat.
--
As it is....I'm not looking. I don't have the stomach or the desire for starting the cycle again just yet.
Good luck and happy hunting this weekend my faithful readers. Your humble narrator goes forth as always. Hoist the black flag. It's when you're not looking you find things.

- With Greatest Affection
Posted by John Smith at 8:30 AM