Actors on a Stage 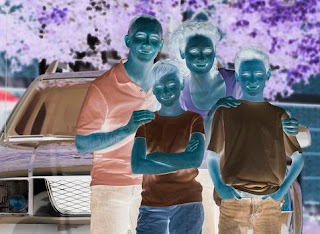 Awhile back I attended a dinner party...this vague feeling I had met them all before proved something terrible and unavoidable. For nearly 20 min's I wracked my brain to place the faces of those in attendance to some girl I had dated in the past. I took what I knew about job(s) and where they lived, extra-curricular activities.....and it seemed as though I literally had met these people ALL at some point before in the past. This is of course impossible...but nonetheless I felt this strange feeling as though I had spent time conversing with them...then it dawned on me...I had met many people like them through my various relationships.

Go to enough dinner parties with people in LTR's (as I was a date, the girl I was with and myself were the only technically single people there).

The parts in the modern American Life/Drama are as follows: