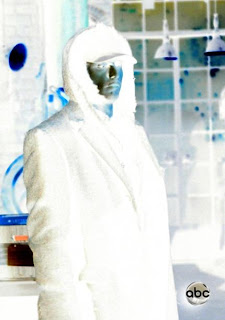 Walked in and some guy gave me the head nod like he knew me. We shook hands....felt like I was in Swingers and we had a conversation despite my having no idea of who the fuck the guy was. He clearly knew me based on what he said and asked about my next fight.
Fag.

Some dude told me he liked my coat.
Some chick complimented my hair in front of her boyfriend.
"Why don't you get your hair cut like his?"

"My friend has a crush on you."

A number of girls opened me. A couple dudes opened me, ostensibly I was playing for the other team. Sorry boys, not my cup a tea. I have a one dick limit in my sex life. More than one girl grabbed my arm and whispered in my ear. I was nonplussed. That spark, the all spark to quote fuckin' Transformers has not been seen in ages. I was determined to behave.
She's not here. I fall to pieces when she's gone.

I sat and thought the other night....I asked why I stuck with blogging. It has exacted a ridiculously heavy and costly personal toll. It has revealed things about me to those close to me yet previously in the dark. Then something dawned on me....she's been there before the blog...during the blog....she will be there after the blog. It's terrifying in a way. Her love is staggering and crushing. I crumble in her absence.

Others have come and gone. They cannot understand what she has that they lack. It defies description and articulation. It is a wordless quality ...a whisper in a room full of shouts.
Girls have heard of my exploits, witnessed them from time to time....they come hither full of interest...they less than pale in comparison to her. My apathy spurs them to gina tingle. It only lessens my already utter lack of interest. They want a taste. They want a touch. They want experience. I have nothing to offer save a roller coaster ride. Intense for its duration but incapable of long term sustenance...unless your name is ********.

They think they want to ride. They think they can hang. Only she has. Others have wanted to...but I have always chosen her.
- With Greatest Affection
Posted by John Smith at 8:42 AM