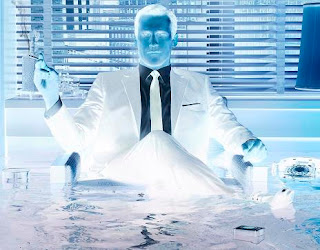 Life is short. Besides, it's only blood, sweat, and tears. Lifeblood flowing back and forth in a pitched battle for dominance. Is the sum of my manhood greater than yours? That's what fighting is about. It's not a fucking ball through a hoop. It's not fuckin' touchdown. It's not a ball in a goddamn goal.

I do it for a lot of reasons. The real reason? It keeps me sane. It gets the venom out. It lets me pass as normal during the day and very rarely at night. If I didn't channel my self-destructive energy, I would be locked up deep and dark or dead and buried.
---

I strolled downtown last weekend. I was sober, gorgeous girl on my arm, rested from days off from the gym. Guys checked out the girl on my arm as per usual. She has that effect I adore: she stands out in a room despite a quiet, soft air to her persona. She carries an unavoidable beauty that crushes the other girls in a room. I can't blame guys for looking and admiring the way she has her arm in mine. That same undeniable sexiness drew me to her ***** ago.
Passed a ***** girl I briefly dated in college. She had the wistful look of a girl who had settled. I wondered if the clothes he bought her, not having to work a shitty job, if it made up for his gut laying on top of her as he wheezed and plugged away, his paunch keeping him from getting his dick deep enough inside her to validate her sexuality and need for being dominated by a man she desires and respects and admires. We made eye contact, but only after I turned did I recall who she was. C'est la vie. 5 min's of alpha, 2 years of beta.

"You have no chance to survive make your time."

By the time you met her, she's sampled some alpha wares. Maybe mine, maybe some other guy's. When she gets that quiet, contemplative look in her eyes every now and then and you wonder, "what is she thinking?"....you don't want to know.

Some of you that saw a deleted post/are blogoshpere confidants of mine already know I'm considering shutting down the blog. I don't know that the blogosphere would miss much in my absence. I don't bring insightful politico commentary, evo-psych-sexual information/posts....just my madness writ to page. I appreciate the changing landscape of marriage and the dwindling incentive for men, but I'm not truly a MRA blogger.

Part of why I've stuck with this gdamn thing despite the heavy personal cost paid as a result of the various incarnations, is that for some, my blog speaks to a truth, to a mania they know all too well. The emails I've gotten speak to this as much as requests for advice and the like. I've got some sobriety under my belt, to which I am adjusting bit by bit. Cliched as it sounds, this is as much for you all as it is for myself.

Good luck and happy hunting my faithful readership. Be who and what you are. Hoist the black flag.
-With Greatest Affection
Posted by John Smith at 9:01 AM