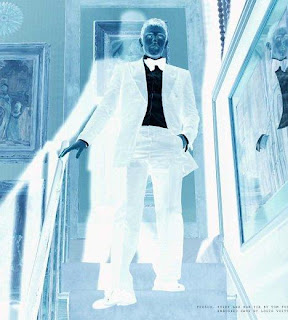 Nothing makes a girl on the fence make an about turn/double take than seeing you with another girl. (in a larger sense, this applies to all but the most insecure women)

Homegirl thought she had bigger and better options the horizon. She had better things to do than respond to a text within 12 hours of receiving it. You lose interest b/c tolerating flakery is for AFC's and college age young kids that don't know better/the desperate all whimsical over just the thought of getting to finger some chick on her dorm bed.

"I'll let you know if I can make it"
-predictable silence/lack of communication follows for 2 days.

This goes for the **** girl that played coy previously as well.
"I might meet you out."
"I have to see blah blah friends, unicorn rides, cupcakes, yoga, volunteer work"

This stuff is all so predictable I have to literally glance away b/c I cannot stop my eyes from fuckin' rolling when this dribble comes forth from a girl. It has that practiced air of repetition said while watching for affirmation/admiration.....ala Gatsby in Fitzgerald's most well-known work.

At any rate, my jaunts are spent solo, with ONE wingman, or gorgeous girl on my arm.
That's just how I handle shit. Wingmen are for pussies. I open solo and I close solo. Friends don't do it for me. Girls I know don't do it for me. These are expressly forbidden if you're a member of my coterie.
Rolling downtown with a girl on your arm every so often garners more credit than almost anything else. Mix and match that with tranny makeouts, the very occasional streetfight, good tipping, and exiting establishments with a girl in tow from time to time...and you are a man about town.

I have digressed....just the mere thought of being bunned up...and girls come out the woodwork. Amazing how that busy schedule evaporates when you're demand (and therefore value spikes).

Let me know how the unicorn rides & yoga were.
- Affection and some such
Posted by John Smith at 9:06 AM